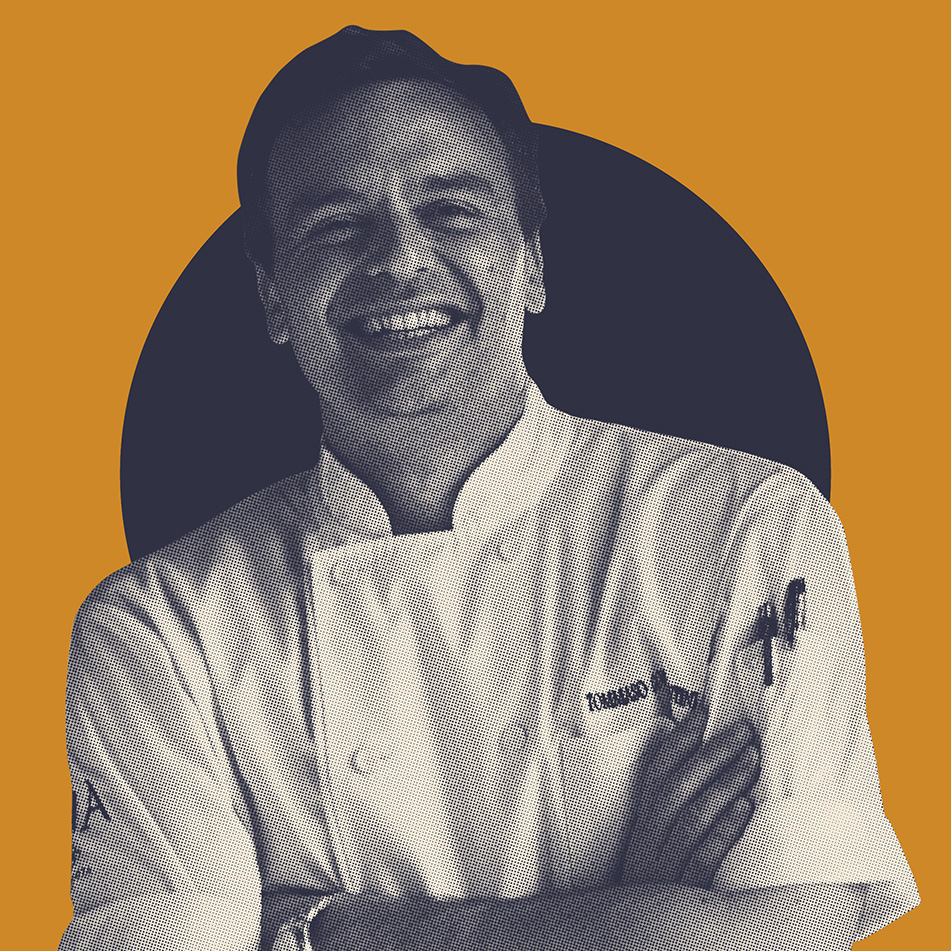 The gorgeous foods at GIA are Italian cuisines with a modern touch, and all the ingredients are carefully chosen to ensure the amazing meal experience. Executive Chef Tommaso Paolo Gonfiantini is a Tuscany native, and he will delight your palate with his original and appetizing Creations. Growing up, he was influenced by his family’s love of cooking that got him determined to make a name in the food industry. At twenty, he chose to experience firsthand what the food industry is like with a belief that nothing could replace such valuable practice.

Though he never got any formal education in cooking, he has worked with two of the most respectable Italian chefs in the world; Filippo La Mantia and the Michelin-starred Fulvio Pierangelini. His specialties are pasta and risotto, with years of perfecting secondary cut of meat. One dish that he loves to cook is Spaghetti Al Pomodoro e Basilico, which is an essence of Italian food. He would like to recommend his own creation which is egg-yolk Tagliolini pasta with butter and consomme emulsion, black tartufo and parmigiano cream.

As a chef, he wants his staff to enjoy what they do in the kitchen. His motto is ‘make it nice’, and he believes that food can feel the mood of the chef itself. If he and his staff cook in a bad vibe, the food will never be good enough. The secret of serving great food in the kitchen is a proper mise en place before the beginning of the service. He never takes critique too personally in order to grow his knowledge in the industry. Chef Tommaso picks traveling as his cooking muse. He loves to dive in the people and their culture of the places he’s been to get inspired. But he doesn’t deny that the internet also helps a lot in these digital days, like looking at Instagram and Pinterest. On his spare time, Tommaso enjoys playing football, reading, and studying more about being a chef since it’s an infinite world to discover in terms of cooking, ingredients, and the trends. With ISMAYA Group, he has served his dishes for the Italian President in Jakarta, and regularly caters to high profile Customers. Wise words from him to those who want to pursue cooking as their career? Love it or leave it!